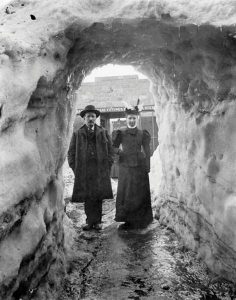 • Originally called “Colorado’s Kingdom,” Breckenridge was inadvertently left off the U.S. map in the mid-1800’s until the mistake was discovered nearly half a century later. The town was officially named Breckenridge in 1961.

• When the town was originally founded, it was spelled BreckINridge in honor of the Vice President at the time (the people in town were angling to use this “honor” to get a local Post Office…and it worked!). Two years later that Vice President took sides with the Confederate Army and the townspeople didn’t like this so they changed the spelling to BreckENridge.

• Breckenridge was home to the first post office between the Continental Divide and Salt Lake City, Utah. 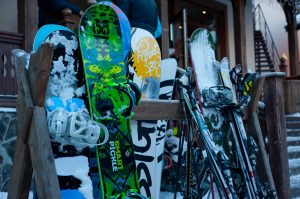 • The movie Dumb and Dumber was filmed in Breckenridge, not Aspen. The scene when Harry’s tongue gets stuck to the chairlift was filmed on A-Chair and you might recognize Main Street from the iconic “We’re there” scene.

• National Lampoon’s Christmas Vacation is another movie filmed in Breckenridge.
– The Christmas tree cutting scene was filmed at the Breckenridge Golf Course/Highlands area near Tiger Rd.
– The scene where Chevy Chase sleds into the Walmart parking lot was filmed on Four O’Clock Run, Breckenridge’s longest trail at 3.5 miles. The Walmart parking lot itself was actually filmed 9 miles to the north in the nearby town of Frisco.
– The scene where Clark and Cousin Eddie are shopping at Wal-mart is the Wal-mart in Frisco. 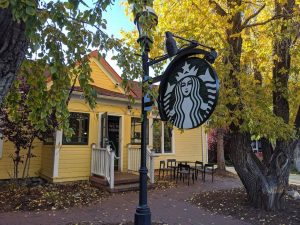 • There’s an Airport Road but no airport.

• Though it might not be ski-in/ski-out, at 9600 feet our little yellow cottage of a coffee shop is the highest elevation Starbucks.